Independent Resources, Inc. (IRI) is a Center for Independent Living (CIL), as defined by the Federal Government in Title VII part C of the Rehabilitation Act. CIL's are mandated to provide five (5) basic services; or "core services" to persons with disabilities. Those services consist of:

IRI received its nonprofit status and became incorporated shortly after hiring an Executive Director in 1994. During that time, IRI was housed at the Easter Seals independent living center where all the bookkeeping, financing and grant management was provided by Easter Seals. However, two short years later, in June of 1996 IRI became a stand-alone organization. It proved to be a pivotal point in that IRI received its own IL Grant and was able to secure office space in New Castle County and establish a satellite office in Dover, where it hired staff and established benefits and payroll services.

The next big advance for Independent Resources occurred in 1998 when it established a presence in Sussex County. A small separate IL Grant was received through the Department of Education, Rehabilitation Services Administration to set up an office and hire staff.  It was in the Georgetown office where one of our more successful programs begun; the computer training program for the blind. With the addition of the Georgetown office, Independent Resources had established itself as a statewide organization. Currently, the Sussex office is located in Seaford Delaware.

Independent Resources, Inc. continues to grow in its operation of services and programming designed to increase the personal, economic, and social independence of persons with disabilities.

To unlock the potential of Delawareans with disabilities by empowering them to realize, achieve and maintain independent living.

IRI will be the GO-TO and model center for Independent Living responsive to the ever-changing needs of people with disabilities.

We recognize the value of all people and acknowledge their right to dignity, freedom and inclusion.

How Can We Help? 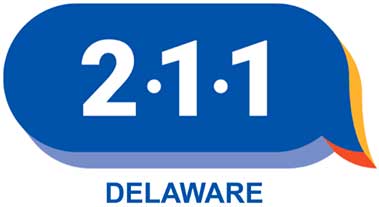